An Interview with Sue Ha, Head of School for HudsonWay Immersion School

Sue Ha, the new Head of School talks about her journey as an educator and as a worldly education leader.

HWIS: Thanks for taking the time to chat. What made you want to become involved with education, and what was your first experience as an educator?
Sue Ha: If I look back in time to when I graduated from college and was trying to figure out what I wanted to do with my life, my mom made a statement and challenged me to reflect upon it. She said, “It seems like you’re searching for something to do, but if you look at all of your work experiences until now, the part-time jobs you've had were all in education.” I'd started, as a high school student, working as a Teacher’s Assistant in the local elementary, and throughout college. I worked as a TA as well. Additionally, my temporary full-time job after graduating was as a Preschool teacher. I decided to give education a try and soon enrolled in a teacher credentialing program. When I started attending the classes, I realized that it was something that was truly part of who I was, it was a passion that I had always had. I think what I enjoyed the most is the connections you have, the relationships you build with students. Even assisting as a high school student, I enjoyed being in the classroom and helping elementary kids learn and just being part of that journey with them. It didn’t seem like work because I enjoyed it so much—that I guess is the reason I had never considered it a profession until my mom brought it up.

HWIS: What do you feel are the greatest virtues of an immersion education?
SH: Well, one is, that in all of the research publicly available we see that when children start learning a second language at a very young age, it shapes how their brain works. And I’ve found that, over the years, working in education, and through my experiences with bilingual students, I’ve really seen children's minds come alive. And I've seen that immersion students do think differently and do interact with knowledge differently than monolingual students. Because at an early age, children do not have the same fears we have as adults when we try to learn something new: we don’t want to look a certain way to other people, we don’t want to feel embarrassed. But I think when the students learn two or more languages at a young age, they have more courage to take risks.

HWIS: Could you tell us, in your own words, what a Head of School does, and how Heads of School are different to principals.
An Interview with Sue Ha: HWIS' New Head of School
SH: Head of School is a term used in independent schools. In public schools, each campus is often dedicated to one division. But in independent schools, you will often find multiple divisions such as early childhood, elementary, middle school and high school. For schools that have multiple divisions, a Head of School will oversee the whole school, whereas principals/directors often are responsible for certain divisions. A head of school looks at the whole school in every aspect: not only academics, but non-academics. You’re looking at the operations and finances, the daily organization of the school in regard to all stakeholders and tying everything together so you can fulfill the vision of the school. This is the Head of School’s responsibility for the effective management of the School.

HWIS: What are some goals that you’ve set for yourself in this new role, and how do you see that “vision” coming to fruition?
SH: At this stage in the development of HWIS, I think we are ready to move into the next phase of what the founders wanted the school to be. I would like to not only learn more about the school’s history and how it’s operated in the past, but also to think about where we want to go in the next five years. So, the next few months will be a lot about getting to know the community of stakeholders—students, parents and staff—listening to their stories, learning what they’ve been doing, where they’re trying to go, and what their expectations are.

I see HWIS as a leader in immersion education, especially here on the east coast, and it’s important for us to start to put ourselves out there as a national leader, spreading the idea that multilingualism is going to be, in the very near future, very important in the United States, where we'll see the emergence of more and more immersion schools. As an institution that’s been doing this for so many years, I believe there’s a lot we can offer to this growing educational community, and I hope that in the next few years we will be able to form collaborative groups with other immersion schools, as well as partnerships with schools that want to become immersion schools, for whom we could be there to mentor them along the way.

HWIS: You’ve lived in many places—Brazil, where you were born, then the United States, then Beijing—how has this experience informed your view of multilingualism and language arts education?
SH: Coming from so many backgrounds has helped me understand what it means to be part of a new culture. When you learn a new language, it’s not just language-learning, it is cultural learning as well, and I think a lot of people are starting to understand that—with language comes an understanding of culture, and I think in the global economy in which we’re living, our students will need to be prepared to work anywhere, and to consider how we interact with European or South American or Asian societies. As someone who has lived in different countries on different continents of the world, I think it has given me that kind of perspective and helped me to better understand the global importance of multilingualism.

When it comes to language learning, as research has taught us, language acquisition takes time and is different for every individual. Although I learned Korean, Portuguese, English, and Spanish as a child, it was not easy. Back then, not enough research and strategies were available to teachers. I learned English through “Sink or Swim,” and because English was supposed to be more “important,” my Portuguese suffered. As an adult I learned Mandarin and was very fortunate to have teachers who had better understandings of language development and encouraged me each step of the way. I believe the model and strategies teachers use in immersion schools are keys to students’ language acquisition. This is why it is so important for me to support our staff’s professional development and ensure they are up-to-date with best practices.

Head of School is a term used in independent schools. In public schools, each campus is often dedicated to one division. But in independent schools, you will often find multiple divisions such as early childhood, elementary, middle school and high school. For schools that have multiple divisions, a Head of School will oversee the whole school, whereas principals/directors often are responsible for certain divisions. A head of school looks at the whole school in every aspect: not only academics, but non-academics. You’re looking at the operations and finances, the daily organization of the school in regard to all stakeholders and tying everything together so you can fulfill the vision of the school. This is the Head of School’s responsibility for the effective management of the School.
Share 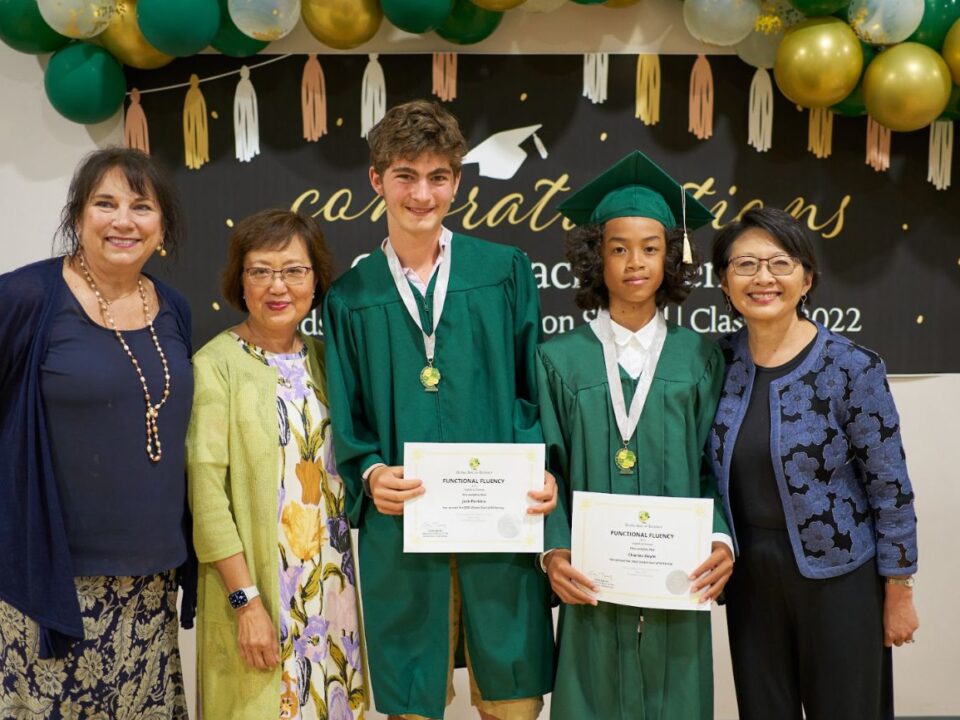