What is Language Immersion?

Language immersion is an educational model in which students learn the core curriculum in a second language, often referred to as a target language. All of the traditional subjects taught by a monolingual school—a school where only one language is spoken—such as language arts, math, social studies, and the humanities are taught in the target language.

Can make one smarter:

Is the best way to develop biliteracy:

An industry report conducted by the American Council for Teaching of Foreign Languages showcased that the demand for multilingual workers is growing. 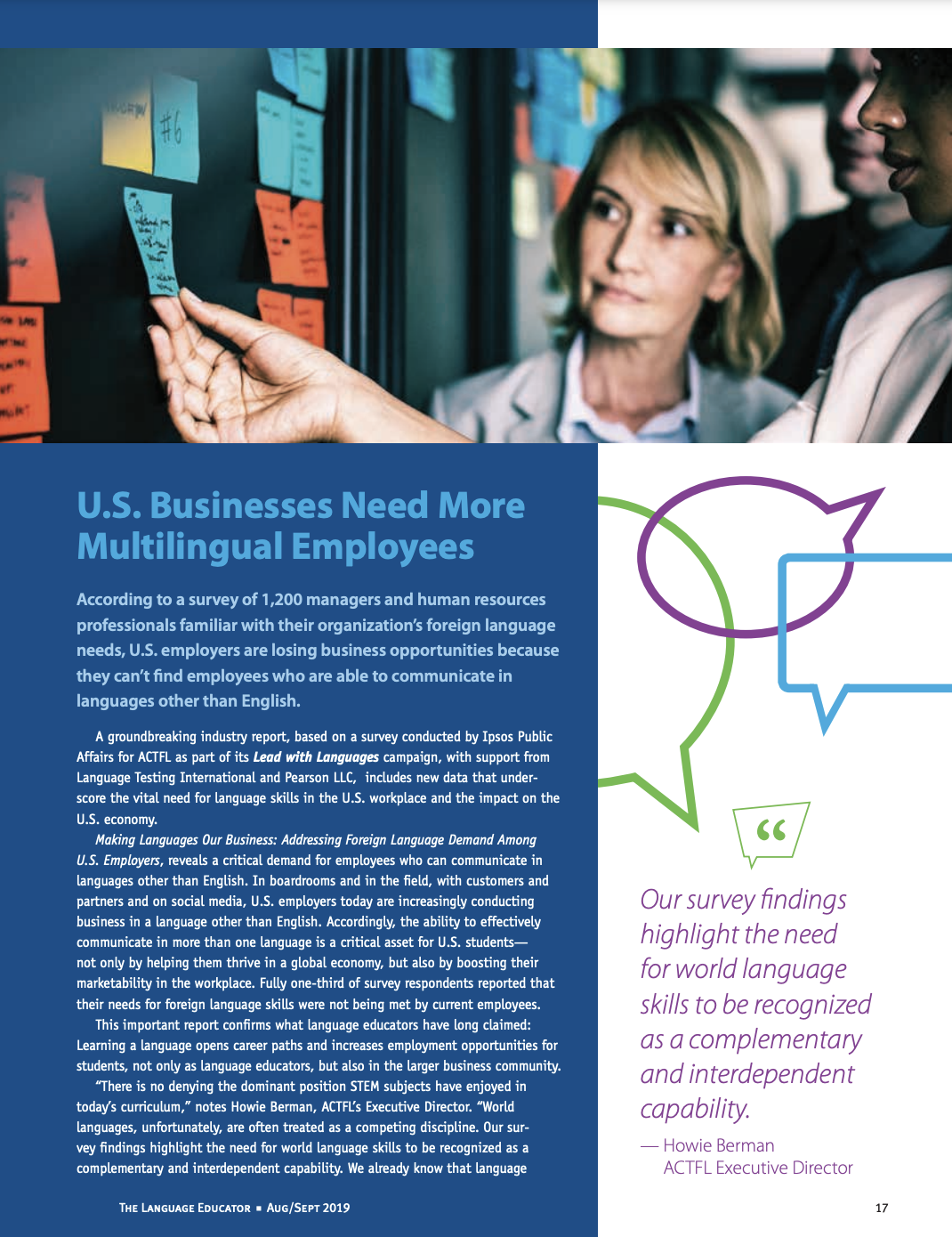